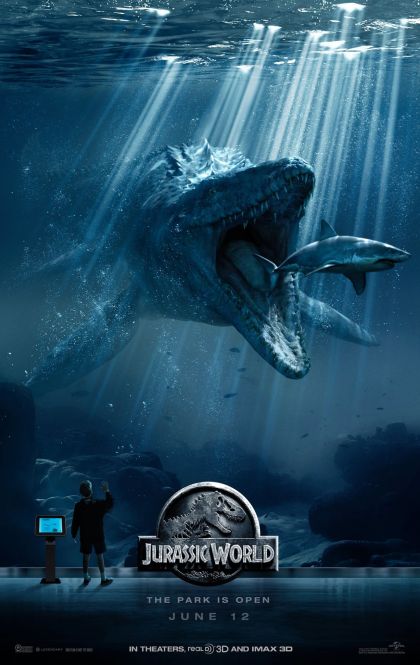 The first outing in the Jurassic Park franchise was a genuine game changer, a technical marvel made by the man responsible for the modern blockbuster as we know it. A thrilling adventure based around the opening of a theme park inhabited by dinosaurs, it was a critical darling that dominated at the box office – a phrase that almost seems like an oxymoron by today’s standards. As a spectacle it was unparalleled at the time, an expertly assembled combination of CGI and animatronics that influenced countless generations of young filmmakers and provided a template for every smash hit from then on. As is often the case though, the majority of what came in its wake successfully hijacked the extravagance of the source material yet ignored the clear reasons it was able to latch onto audiences for so long afterwards.

The familiar tropes of all Steven Spielberg films were sprinkled over every aspect of the movie, a veritable greatest hits of the director’s most beloved tendencies. The unbridled optimism, the parent/child relationships, the genuine sense of wonder and awe – it all combined for a ridiculously fun thrill ride that became a staple of childhoods the world over. People came for the rampaging dinosaurs but stayed for the subtler moments and beating heart beneath all the bluster. When word came out of a reboot thoughts immediately turned to the likes of the mind-numbingly excessive Transformers franchise, a series that embraced the ridiculousness but ignored everything else entirely. As if to ward off these fears Spielberg decided to turn to an indie director fresh off a low budget hit about a man advertising for a companion to travel back in time with him.

Jurassic World succeeds on so many levels. Director Colin Trevorrow has mentioned in interviews that Spielberg had three suggestions for the film that he never managed to incorporate in previous iterations  – a fully functioning theme park, trained velociraptors, and an escaped dinosaur that’s enough of a threat to warrant park wide disaster – and on all three points Trevorrow has succeeded. Bryce Dallas Howard is Claire Dearing, the operations manager on the island – a sprawling, elaborate and sophisticated park a clear step or two up from the original’s – while Chris Pratt plays Owen Grady, Claire’s love interest and an ex-Navy strongman with the job of training raptors. With ticket sales steadily falling the park has created a new dinosaur in the hopes of sparking more enthusiasm from an increasingly disinterested younger generation of fans, an absurd monster named the Indominus Rex.

Trevorrow follows a strict set of guidelines provided by the first movie, digging into a thick vein of nostalgia that while not completely original is at least an intelligent way to satisfy long-time fans. Pratt is great again, ditching his usual easy going charm to play the tense, frowning hero, while Howard does her best with what she’s given. The action is occasionally brilliant too, from dramatic mishaps during raptor training to the breakout of the Indominus Rex. It’s all assembled in such a clean and entertaining fashion that the film flies by, a rush not too far from the brilliance of Spielberg’s original. It has all the makings of a legitimately crowd pleasingly summer blockbuster.

And yet…there is a bizarrely uncomfortable vibe lingering over the whole enterprise. As the thrilling set pieces continue with every new scene, a gradual undertone begins to reveal itself –a subtle sexism that is never blatant enough to derail the entire film, but does enough to leave a bitter aftertaste at the end of it all. Joss Whedon lamented the “70’s-era sexism” of the trailer in a tweet upon its release, before quickly back pedalling to avoid harshly judging a fellow filmmaker without actually seeing the end result. Unfortunately the trailers were just a hint of what was to come – there is a consistent thread of awkward sexism in everything from Claire spending the film in high heels even though she’s being chased by dinosaurs for much of it, to the particularly brutal death of a character who’s sole crime was that she didn’t babysit two teenage boys well enough. A death that is even more despicable given the relatively tame endings that befall any of the movie’s intended bad guys.

Howard’s character suffers the most, routinely being dismissed throughout the movie. This is a woman with a highly successful career managing an island sized theme park populated by terrifying dinosaurs, who is constantly looked down on by workmates and family members for simply not being more desperate to start a relationship and have children. The heels controversy has been much discussed, but the director’s insistence in making her out to be comic relief regardless of her actions just doesn’t make sense. Even a reunion with her previously missing nephews is quickly ruined by them bluntly telling her they’d prefer to have Pratt’s character beside them instead, this with them never having met the man and coming after they had both witnessed her single handedly saving Owen’s life and shooting down swooping pterosaurs.

It all unfortunately makes you yearn for the original’s characters, which in a movie about dinosaurs is something that should never be an issue. Sam Neill’s stubborn Dr. Alan Grant, Jeff Goldblum’s charming mathematician Dr. Ian Malcolm, and most noticeably, Laura Dern’s Dr. Ellie Sattler weren’t given especially deep or informative backstories, but were relatable and likeable enough to warrant investing some level of emotion in their survival efforts. Upon the release of Jurassic Park they were often overlooked in favour of the phenomenal effects, but compared to the latest release they look positively revolutionary.

It’s an incredibly frustrating result for a movie that ticks so many boxes in everything else it attempts – some exciting action sequences, impressive CGI, suitably ferocious beasts and a well-paced storyline, with two genuinely fun leads in Howard and Pratt. With a couple of minor tweaks Trevorrow could have made something close to rivalling the original. With its obscene box office numbers it comfortably achieved its main goal, but Jurassic World can’t help but have you questioning the creative decisions behind it. An undeniably fun, entertaining, and entirely confusing reboot.